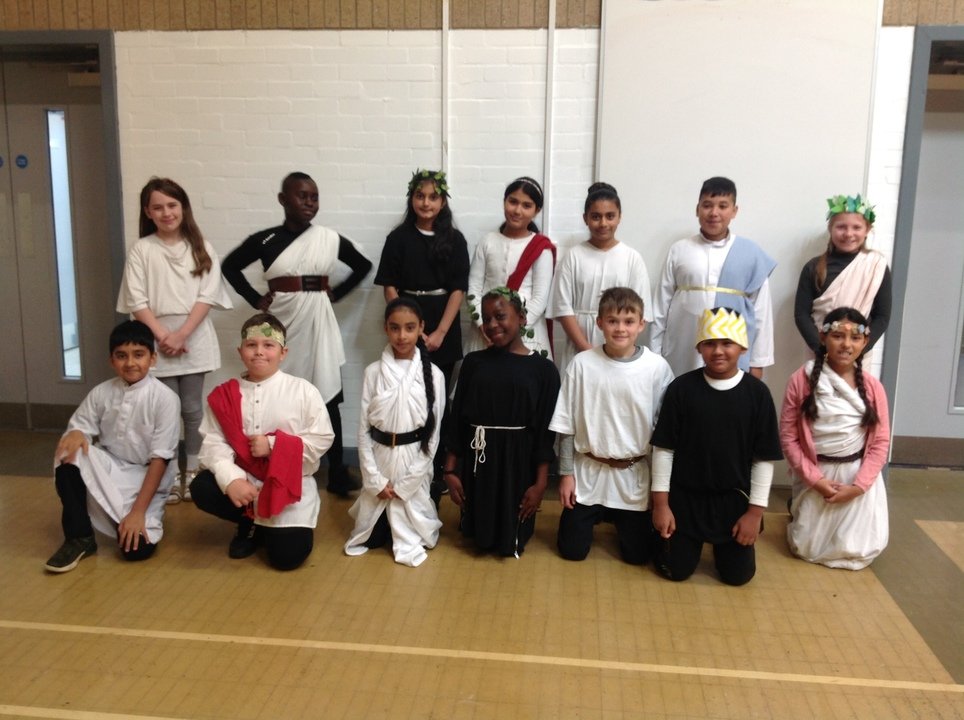 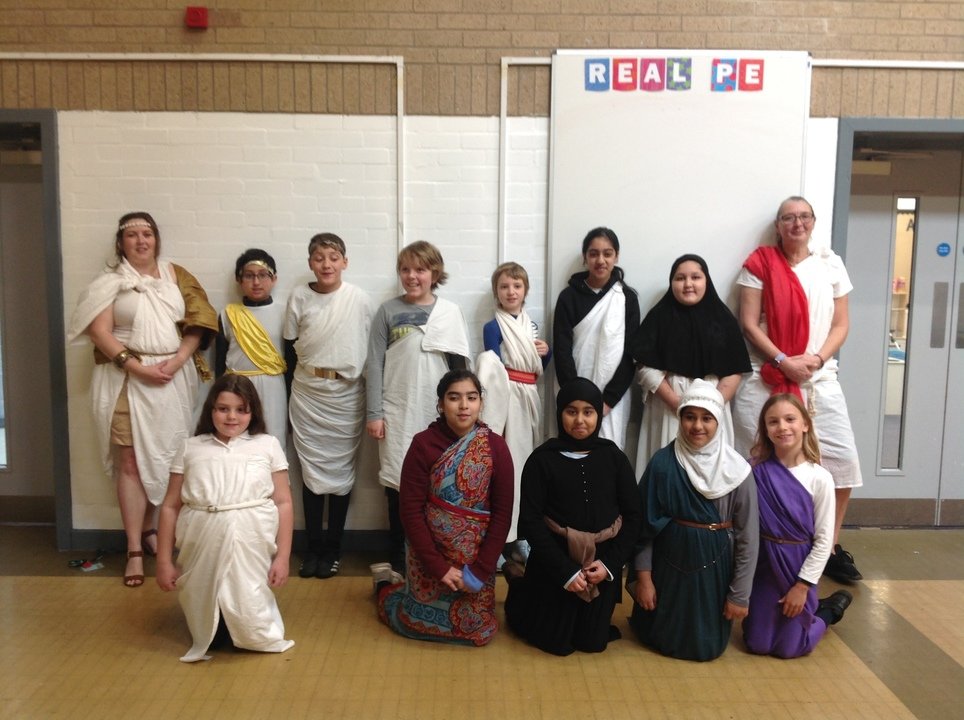 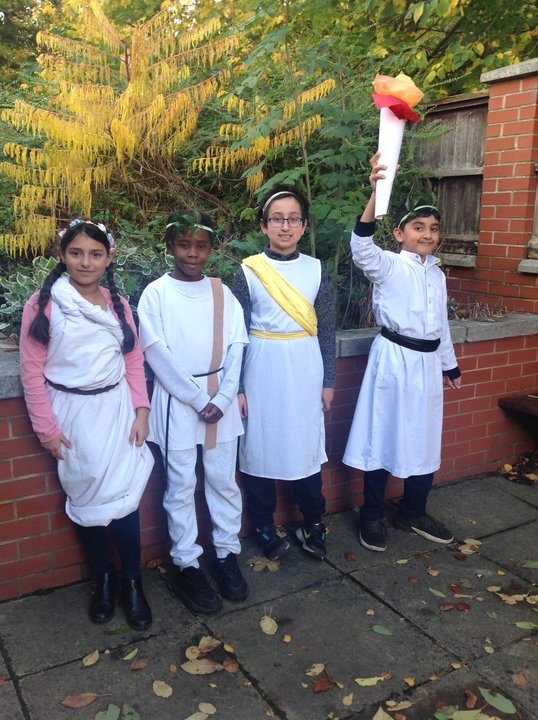 As an introduction to the topic, Year 5 (including the staff) came to school dressed in togas and took part in an Ancient Greek Day. The day included a range of historical and cultural activities including an Ancient Greek Olympic sports competition complete with opening and closing ceremonies, Greek god Top Trumps, Greek vase designing and olive tasting.

Throughout the half term, students used a range of primary and secondary sources to uncover facts about life in Ancient Greece. We used an activity provided through Now Press Play to immerse children interactively in ancient Athens and Sparta. Students were also tasked with role playing and acting out Greek myths which developed their growing curiosity in the subject.

The Ancient Greek history topic tied nicely in with our Writing topic which involved writing Greek myths. Students studied a variety of different myths such as: The Odyssey, The Story of Icarus and Theseus and the Minotaur. Students were then able to use their new understanding of Ancient texts to plan and write their own Greek myth. Much to their enjoyment, this involved designing and describing their very own Greek mythological beast and hero.

ZA- The Tale of the Creceshark

‘As Rey woke up, he saw a glint in the corner of his bright, blue eyes. Was it the Creceshark? It was, but it seemed he was also hallucinating. It looked like the Creceshark was everywhere, but then he saw the poisonous, deadly beast. His heart was pounding, his adrenalin was pumping, he had never been more ready. Until…

The mythical beast pounced at him, tearing at his flesh while airborne. Suddenly, with a paralyzing roar, the beast spat sticky, thin acid, melting Rey’s face as if it had been dipped in molten lava. Was this the end…?’